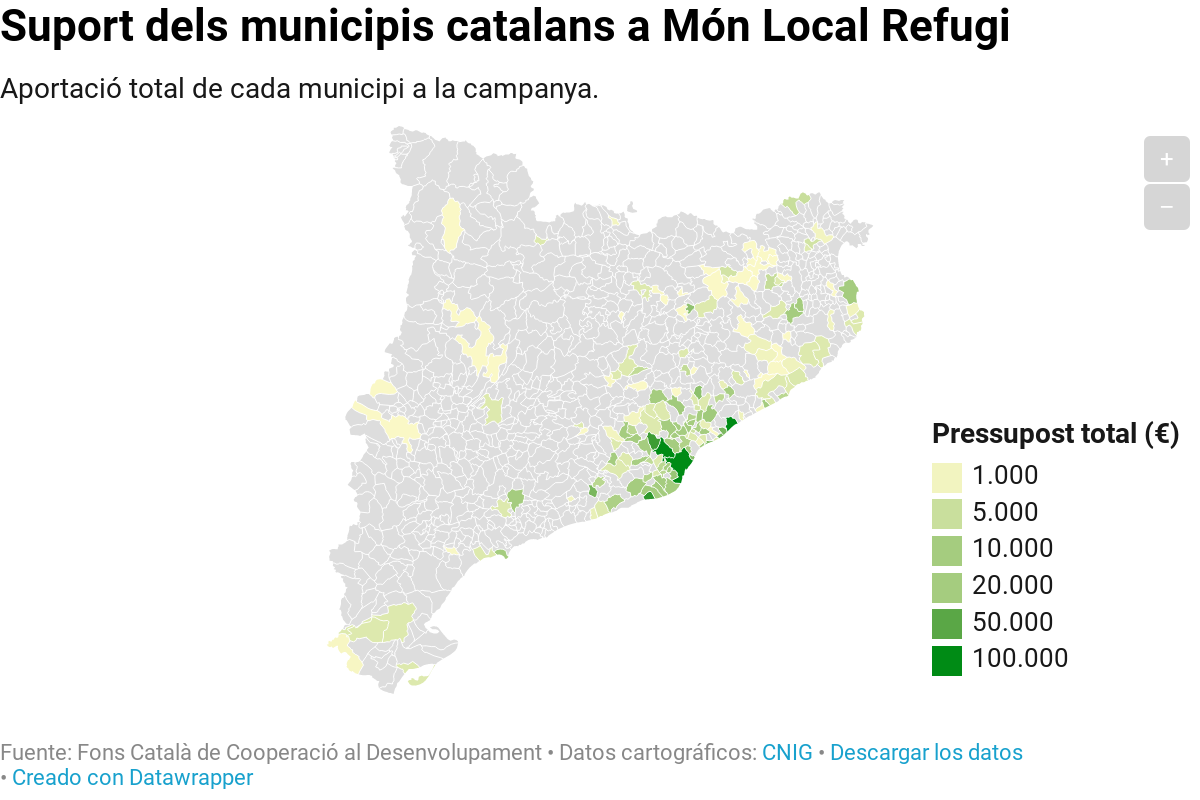 At the beginning of September 2015, the FCCD called for an emergency meeting to address the refugee crisis

Citizens demanded an immediate response from political representatives to the plight of millions of people forced to leave their countries of origin. Forced displacement motivated by threats of external factors such as violence, poverty, wars, persecution and human rights violations.

At the same time, the city councils wanted to coordinate efforts in the face of this situation and, from the FCCD, it was decided to launch the Local World Refuge Campaign, deployed in two main components such as Humanitarian Action and Awareness.

The resources collected by Refuge Local World have so far been allocated to more than 60 Humanitarian Action projects. Of these projects, 29 are in countries of origin and first host, while 17 have been executed in Europe on the routes of the eastern, central and southern Mediterranean and 1 on the American border.

Refuge Local World has launched many actions aimed at raising awareness and involving citizens in Catalan municipalities. Different formats and types of actions have been deployed, working especially in the school environment, but also in political advocacy. In total, 30 Global Justice Education actions have been approved, many of them with different locations.